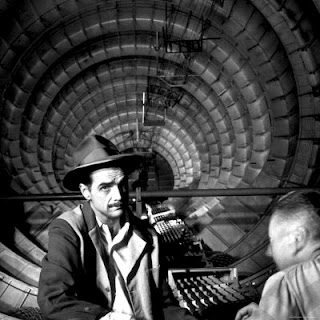 When you are all alone and stories suddenly pop into your mind now you know where those stories come from.


Hollywood was a CIA Howard Hughes enterprise from day one. The entities that run that "company" aka "the firm" aka "The Illuminati" aka "the Druids" and "the Illies" call them what you will like all Demons they have many names is still in charge today.

Howard Hughes went mad did he...my arse he went mad...when he crashed his plane and miraculously survived i might add, he just happened to crash into the house of a key witness in the Nuremberg trials. After this supposed freak accident Hughes vanished....ill tell you what Hughes was up to. He enGINeered every fiendish action undertaken by the satanic CIA. Howard Hughes was a demon..

I bring up Howard Hughes as if you watch the film you will see Leonardo DiCaprio is featured heavily. Dicaprio is also a demonic entity. Dicaprio played Hughes in what will forever more be considered the definitive film on the subject. Unfortunately it like everything else we know about Howard Hughes is complete bullshit. Hughes was the CIA the CIA was Hughes....everything in that film is government sanctioned and sponsored disinformation on HH...The remnants of the Hughes legacy tell a story in particular the Sumercorp company left behind...go and dig my friends...HH dug more tunnels than any man in history...if you can dig up the real story of Howard Hughes you will understand what all this bullshit is about...sadly that's no easy task...

Howard Hughes the man that was being spoken about on CNN as the 911 attacks were announced. They were discussing a book about him at 8:45 when the report was interrupted with the news of the 1st deep impact. This can been seen in the September Clues series on YouTube. Also for some New World Order propaganda on Howard Hughes you could check out Ironman a clear Hughes Clone/Twin. Notice the Saturn / Satan symbols behind Ironman here. Didn't the Maya say we are in the age of Iron and that the age ends in 2012 during a stellar alignment when Sagittarius aligns with the galactic centre..

Posted by Atlantean Times at 11:08 PM

Funnily enough I was pondering Hughes & DiCaprio just the other day - had not pondered anything like that - definite food for thought.

Soz i didnt reply sooner i hadnt noticed any activity..no one reads my blog anymore...they are all too preoccupied talking about transcendental bullshit...talking like theres some enlightenment or rapture on the way.

anyway...i hope you and your family are well Alex...nice to know its not just chineese spamers who come here...:)

There are many demonic entities who masquerade as professors, actors, designers, businessmen and even as pastors (of big churches).

They look human in appearance, but they are nothing but filthy spirits that shape-shift to our physical dimension.

But don't be scared of them. Just use the name and blood of Jesus, the Lamb of God, and you're safe! :)

Atlantean Times
Dublin, Ireland
Looking at the Occult side of modern life. Seeing life through the all seeing eye of beings on the road to perfection. Searching for Atlantis by studying those who seek it. Using synchronicities and multi contextual thinking to discern truth from fiction....................................................... It is God who suffered them, though He restrained them they landed with horror, with lofty deed,in their cloud of mighty combat of spectres, upon a mountain of Conmaicne of Connacht. Without distinction to descerning Ireland, Without ships, a ruthless course the truth was not known beneath the sky of stars, whether they were of heaven or of earth.

The Shield of Sir Gawain

Gawain, Gwalchmei, Gawan, Gauvain, Walewein is King Arthur's nephew and a Knight of the Round Table who appears very early in the Arthurian legend's development. He is one of a select number of Round Table members to be referred to as the greatest knight, most notably in Sir Gawain and the Green Knight